Joule Case is currently raising a  $2 million seed round of funding to support its efforts in creating efficient and compatible battery packs ideal for serving as a clean backup generator for a home to being portable, scaled energy that powers music festivals like Treefort. The Joule Case can add up to seven battery modules on to any control module, as the website describes, and utilizes advanced energy-dense lithium batteries.

Since its launch in 2015 by longtime friends and business partners Alex Livingston and James Wagoner, Joule Case has grown to eight employees. As the president, Livingston is described as the idea guy, focusing on the future of Joule Case and what that means. As the CEO, Wagoner leads the day-to-day operations; he enjoys leading the team.

“Co-founders, I think are important; I can’t imagine not having a co-founder,” Wagoner said. “We complement our strengths very well. That being said, founder issues are one of the main drivers of startup failures, so you have to have a very good relationship. And then that relationship is going to change and evolve, and what you realize is those strengths.” 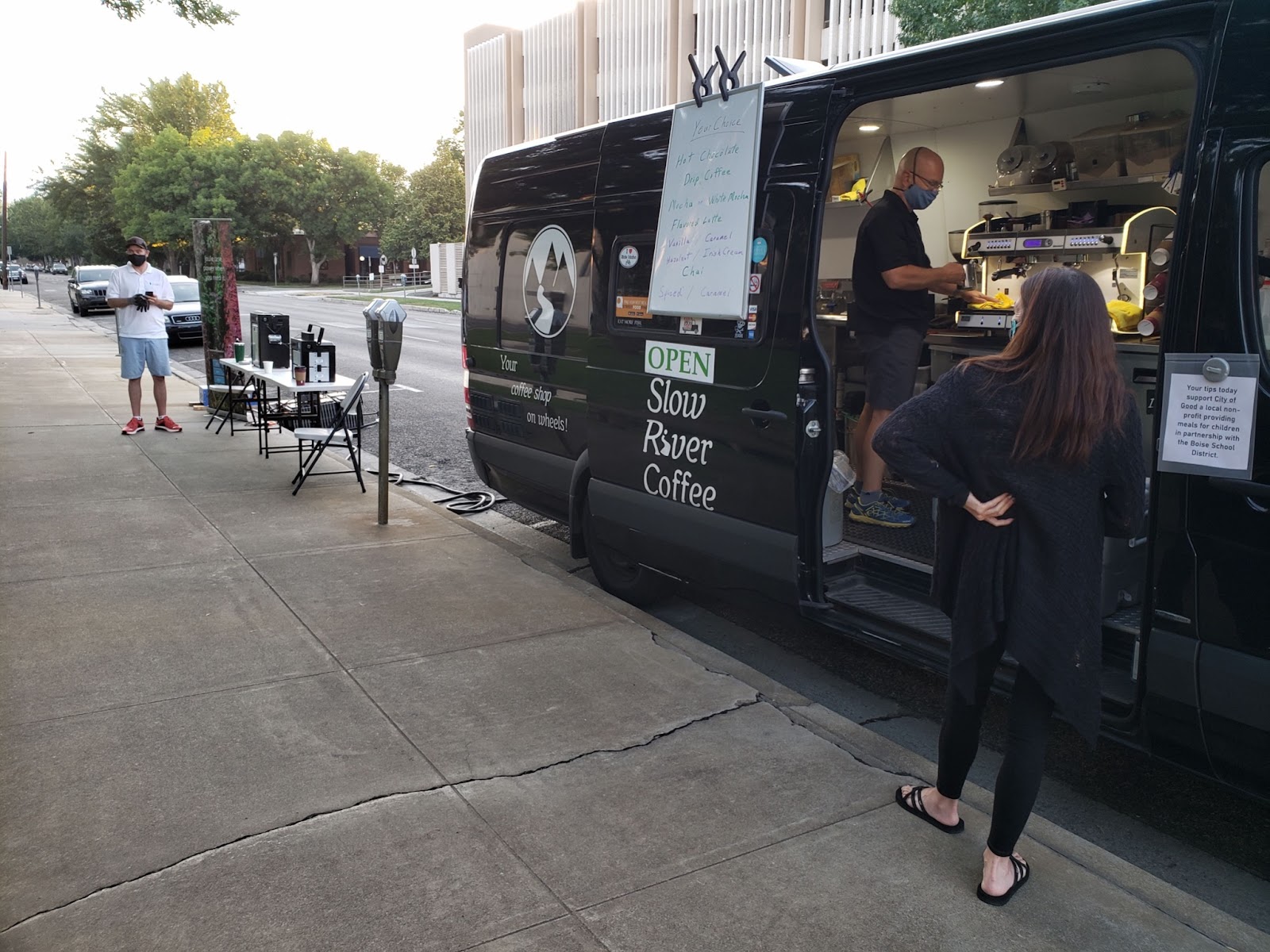 Besides of course product advancement — such as incorporating a solar element — and funding it, company culture is also at the forefront of Wagoner’s mind.

“Your values and the culture that you establish, I think are critically important for a company,” Wagoner said. “And then how do I model those values, and how do I make sure those values actually imprint in the company, and then how do those new hires affect the value system as well.

“I think anything that COVID has taught us is that we’re all human,” he added, “and no matter how professional you are, you are coming into that job or the team or whatever as a human, and you’re going to have certain characteristics and tendencies (from a) repository of everything that that shapes you. From my perspective, I think it’s when you have other perspectives, you are a better team.”

Wagoner describes the Boise area entrepreneurial ecosystem as being terrific when it comes to food tech, and lately kinetics and software companies, but, while the area has excellent capital that helps fund startups, there isn’t that “fever pitch” often found in areas like the Bay Area (California).

Boise has, comparatively, allowed Joule Case to experiment and slowly roll out, Wagoner described, with thanks going to individuals and organizations supporting local startups. For Wagoner, a startup “needs to be able to have a business, a product or something that they have some unique advantage around,” which, for Joule Case are patents around stackable and compatible battery packs encasing innovative technology. Then, a startup is going to need the ability to scale … “What’s the element that allows that startup to have massive, quick traction?”

Joule Case was recognized as the “Early-Stage Innovation of the Year” during the 2019 Innovation Awards, and Wagoner has spoken about Joule Case at Boise Startup Week 2020. Boise Startup Week, Built in Idaho and Trailhead appreciatively took the time to talk further with Wagoner about how the future is looking for Joule Case, and how it came to be:

How is the investment (seed round) fundraising going?

Wagoner: “That ($2 million) bar is kind of the soft circle … We have $1.2 million from investors (verbal commitments), but money is not in the bank until money’s in the bank. But there’s a lot of interest. I also think that we are going to over subscribe. We have 95 new investors in the pipeline right now (that’s up from 40 who have previously written a check in a previous funding round). What we are doing is a priced equity round (or) issuing preferred shares, (which) means you actually put in a true value to your company.” Wagoner also recommended looking at a recent post by Roberta Garvin (formerly of Boise Angel Alliance) on LinkedIn about angel investing.

How are you developing yourself as a leader? Classes? Something else?

Wagoner: “I really keep in touch with a lot of startup CEOs. I have a lot of mentors (in) different areas. I’m just constantly keeping my ear to the ground and … (watching) someone (I look up to): ‘What are they doing that I can glean from them?’ And then implementing that and then going from there.”

What are some lessons that you have learned?

Wagoner: “I am going to say some very general things that everyone’s heard before … because I heard them as well, and it’s not that I actually really listened. It’s Product Market Fit, Product Market Fit, Product Market Fit. There’s so many people that have some neat idea that they’re so excited about, but have you talked to a customer? And then that customer might be interested, but unless that customer actually gives you money, that’s the only way that that validates that (idea). You have to build a product to then have these conversations every chance you can get; get out to the marketplace and talk to your customers. All day.”

How did you put yourself out there to investors and potential community partners?

Wagoner: “It kind of comes naturally (for me). I get a lot of energy or a lot of value in just having conversations, so I’m constantly just trying to ping mentors and learn from other people. You know, I’m constantly scheduling meetings and calls. And some of those calls really lead to very exciting things and some of them you could have a good call. If I have something I really need to follow up on I have to put it into my systems and processes to remember.

“As I kind of look at really successful entrepreneurs, and they can be early stage, they’re going to be the ones that are really out there just learning, because there’s no one that knows all this stuff. To be an entrepreneur, it’s very important to be very well networked, and then that’s a network that you have to constantly build and maintain a network. You’re going to build your company off of relationships. People do business with people that they know, investors are going to invest in companies and people that they know. I started pitching investors and started talking with investors around having money come into Joule Case in late 2018. From November of 2018 until August of 2019 I’m out there talking to investors and there’s not a single check coming in, and then you start to get checks. It’s fun building that relationship over and over until you were able to actually get this completed.”

Are you currently utilizing any Idaho startup and entrepreneur resources, or have you in the past?

Wagoner: “Trailhead is great. We were part of the WaterCooler incubator space. Then there’s also New Ventures Labs (led by) Rick Ritter; Rick Ritter is a tremendous resource for us. Leif Elgethun with Retrolux has also been a tremendous mentor, and he does this for a lot of Boise startups.

“It was painful at the time, but venturecapital.org has an accelerator where you know you just pitch your pitch over and over, and you get these really bad opinions, and it’s painful, because this is my baby. And you can kind of take that one of two ways; you can take that where you disregard it, or you can realize that they might have some value in the perspective that they’re offering. The Idaho Technology Council, and everything that they’re doing with (deal reporting), and then the Idaho Innovation Awards, that’s all been really tremendous for us as well. So all of this stuff has led to make Joule Case where it is right now.”